I have tried my best to eliminate highly processed foods from our diet.  We are far from where I want to be, but I am making progress in the right direction.  Those frozen processed foods are convenient though which is the main draw.  I am working on making my own healthier convenience foods.  A couple of weeks ago I made a variety of frozen pocket sandwiches.

To start I mixed up a batch of calzone dough however pizza dough would work just as well.  I divided it into portions. 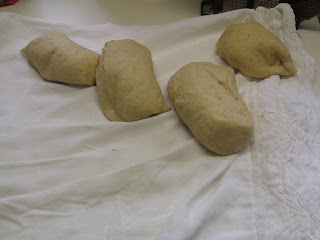 Each portion was patted into a round disk. 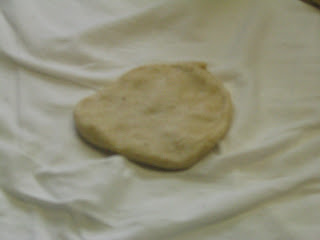 I then rolled out each disk into a circle (more or less - mostly less). 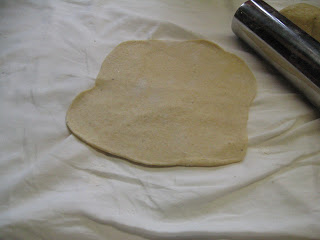 I used a variety of fillings.  I made some taco pocket sandwiches with taco seasoned meat, salsa, and cheese.  I made roast beef and cheese as well as chicken bacon ranch with shredded chicken, ranch dressing, bacon bits, cream cheese, and a bit of cheddar cheese.  The filling is placed slightly off center on the dough. 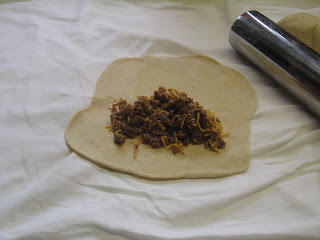 The dough is then folded over and crimped well to seal the filling inside. 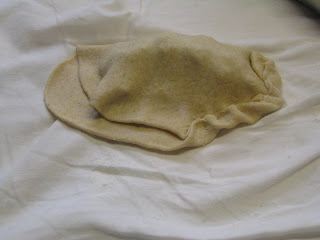 The completed calzones are placed on a greased baking sheet and allowed to rise slightly. 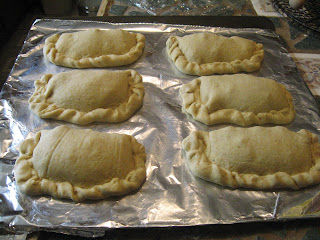 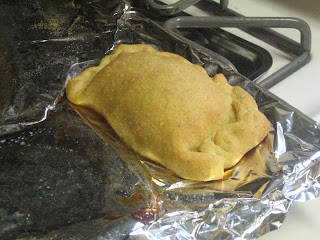 Once the baked sandwiches are cooled, I wrap each in waxed paper and place in a freezer bag.  These reheat quickly in the microwave.  You can include any fillings you want.  I plan to try some roasted veggie sandwiches when are garden is in full swing.
Posted by Dawn at 5:00 AM