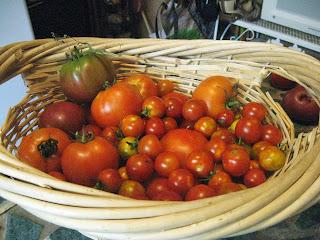 
I planted plum tomatoes with the intention of dehydrating them for use this winter.  I ended up with so many red cherry and yellow pear tomatoes that I decided to dehydrate them while I was waiting for the plum tomatoes to ripen.
I have an Excalibur dehydrator, which I absolutely love.  I did a bit of research online.  Following the recommendations, I cut each one in half and squeezed out the seeds.  This helps the tomatoes dry faster.
I set the dehydrator to 155 degrees and placed the tomatoes skin side down on the trays with plenty of space between them. 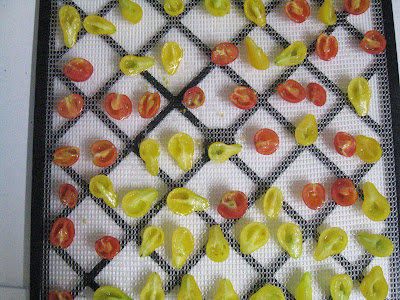 After about six hours I started to remove the ones that were dry enough.  I want them slightly flexible.  I was not worried about them having a tiny bit of moisture since I planned to vacuum seal and freeze them. 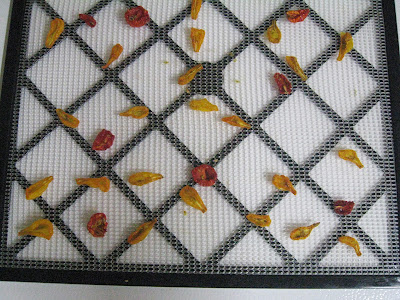 ﻿
I love dehydrating produce since it intensifies the flavors.  These will be delicious on a pizza this winter when my homegrown tomatoes are a memory.  A second bonus is that dehydrated items take up much less space.  A large bowl full of tomato halves ended up being around 2 cups when dried and vacuum sealed. 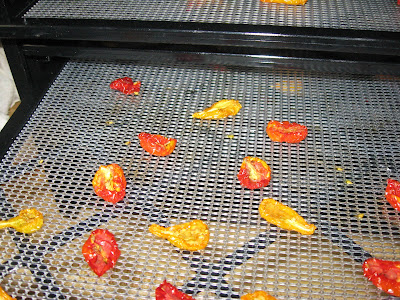 How cool to dry your own tomatoes. Might have to try that myself this year!