In the South I am able to get an early start with the garden.  That means that some vegetables fizzle out more quickly.  Some things that are no longer growing in my garden are garden peas, potatoes, string beans, squash, and zucchini.  The lettuce and cucumbers will not last much longer.  There are still plenty of fresh vegetables.  We also have an abundance of potatoes that we dug as well as squash, zucchini, and cucumbers in the fridge for a few more weeks. 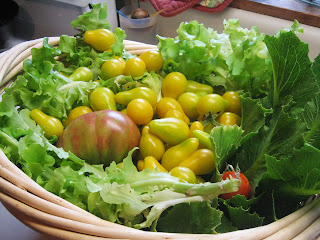 Yesterday I picked some lettuce and an abundance of tomatoes.  I had nearly four pounds and over half of those were red cherry and yellow pear tomatoes. 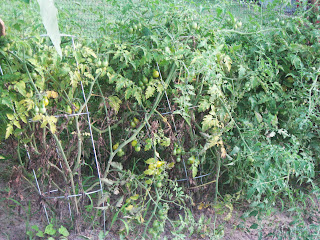 These are the plants that produced most of the yellow pear tomatoes I picked.  They came up voluntarily in my compost pile, and I moved them to the garden.  They are still loaded. 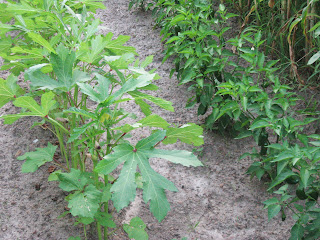 Okra and Jalapeno Peppers - We are picking an average of 75 jalapeno peppers each week. 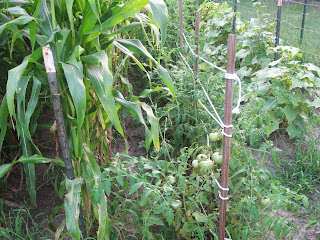 Corn, Tomatoes, and Cucumbers - All of the extra tomato plants went into the garden this year. 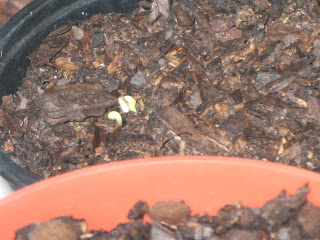 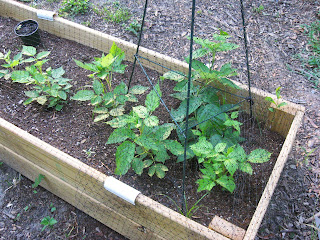 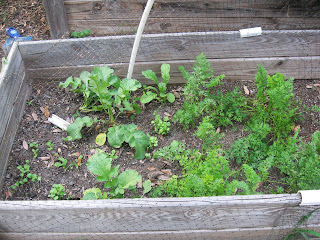 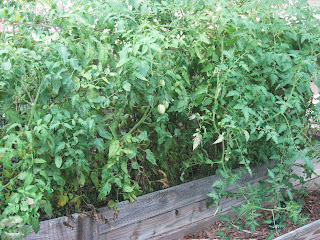 Tomato Jungle in the raised bed 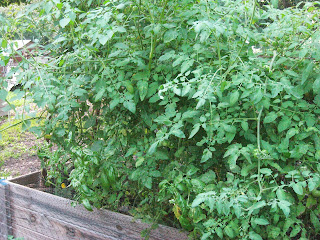 The other end of the Tomato Jungle 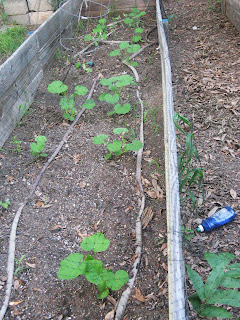 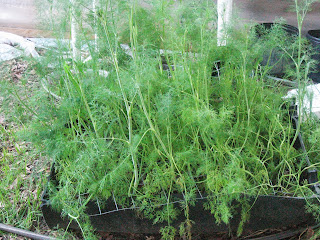 Dill growing in a container 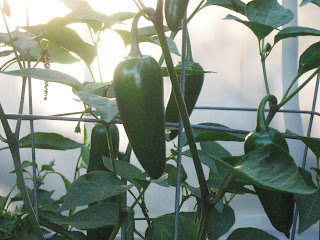 More Jalapeno Peppers growing in buckets
This is not quite everything, but it does cover most of what is growing now.  I have a variety of herbs with more sprouting.  I also have many more peppers.  I got a bit carried away with those this year.  I think I will be drying some as well as some tomatoes.  I do not want any of my garden produce to go to waste.﻿
﻿
Posted by Dawn at 5:00 AM