This year we decided to try growing loofah gourds.  I admit that we got a late start on planting which I am sure means a lower harvest, but we should get three or four gourds at least.  I knew they were going to run, but I was surprised at just how much. 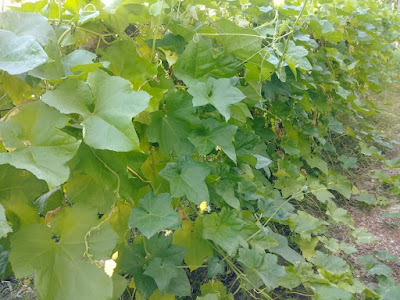 We put up a row of fencing for them to grow up.  They quickly became a mass of vines and grew up the fence and then along the ground. 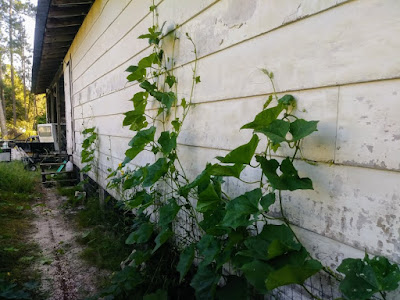 Then they started to grow up the side of the building beside the garden. 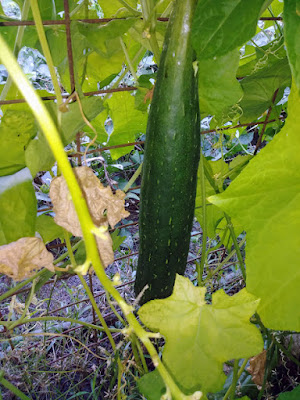 This is the largest of the loofah gourds.  With all of the vines I expect a few small ones may be hidden away.  This one gourd is enough to make us want to grow loofahs again next year!
Posted by Dawn at 5:00 AM

My former mother in law grew both loofah and the gourds so many use to make birdhouses or dippers etc. Her fence stretched the length of her city lot and the vines covered the six foot fence without a problem.