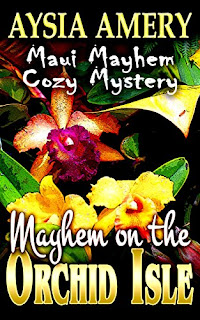 Mayhem on the Orchid Isle by Aysia Amery is book three in the Maui Mayhem Cozy Mystery series.  I had not read any of the previous books in the series, and it did not hamper my enjoyment of this book.  Ginger and Jemma are cooking for a private party at a horse ranch when they get stranded by a storm.  This would not be a problem if the plot to Agatha Christie's And Then There Were None was not being played out with the guests.  This was an easy read, and I finished it in one day.  The mystery kept me guessing until the end though.  I would happily read the other books in the series. 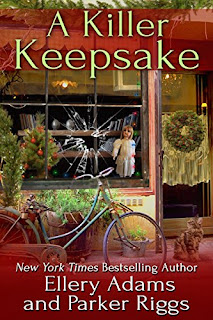 Ellery Adams and Parker Riggs are the authors of A Killer Keepsake, book six in the Antiques & Collectibles Mysteries series.  This was the the second book from the series that I have read, but it could stand on its own.  Molly has written an article about the Forget Me Not Doll Club.  However, before the article can be officially published, one of the club members is found dead.  Molly is asked by Dectective Lombardi to help with the case.  The plot was a bit darker than the usual cozy mystery as it dealt with domestic violence.  I did enjoy the hints at haunted dolls.  This book includes a story from the past that relates to the present story.  The backstory was just as interesting as the main story.

disclosure:  I received these e-books from NetGalley but was not otherwise compensated for these reviews.  All opinions are my own!